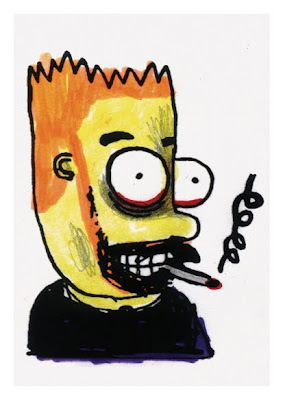 An Exhibition of Graphic Art by Austin Von New
at The Museum of Club Culture 10 Humber St, Hull HU1 1TG,

﻿
AustinVonNew cites rebel-music, iced-cream and counter-culture as major influences. Bold colours and rude hues are present in everything he creates as Austin's endeavors began by working on late 90s indie-pop videos while painting and pasting up large portraits across London and far-away places. His frequent poster missions developed into a very graphic street art career, and he now works on fine artworks and select design projects. He paints on anything, taking great care to create his images and his work has been shown in galleries and magazines worldwide. AustinVonNew works tirelessly day and night to spread happiness, joy and the love of print.


Exhibition runs until 25th July
Posted by The Museum of Club Culture at 01:47