Screening of The Promoter 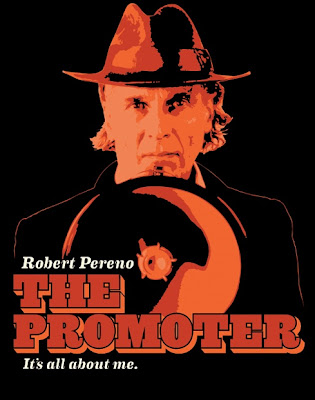 The Museum of Club Culture will be screening The Promoter, (a film also being screened this weekend
at The London Independent Film Festival). on Sunday May 19th at 2pm.

A bit about the film:

'Made by Hampstead film company Ragged Crow, this is a documentary about possibly the
most famous person you've never heard of.  Promoter Robert Pereno has been there, done that, bought the T-shirt and then left it on the night bus on the way home. Pereno was a club promoter at such venues as The Camden Palace and The Wag. He made music and acted, and basically mixed with the creative types that made London swing. We follow a year in his life, hear about his privileged childhoom in Calcutta and how he basically stormed his way through London.
It features DJ Gaz Mayall of Gaz's Rocking Blues fame and Adam Ant. Their warmth and twinkle towards Pereno shows what he means to those whose paths he has crossed.'

'Robert Pereno should be a household name, however every time he is on the verge of greatness, he somehow manages to mess it up. This is his story...'

Posted by The Museum of Club Culture at 01:26 No comments: